A foreign exchange spot transaction is a contract where one party sells a currency to another party, for an agreed price. The transaction takes place right away, while payment is made later. The exchange rate used is called the spot exchange rate.

Foreign exchange spot transactions are extremely common on the forex market. Statistics from the year 2010 show that for that year, over 35 percent of all forex trade involved FX. By april 2013, the daily turnover for FX spots was the equivalent of nearly 2 trillion USD.

FX spot transactions can be carried out in several different ways. Utilizing electronic broker systems is popular, but major actors within the forex trade can use DirektDetta instead to bypass the need for any broker firm.

If you are the holder of a foreign exchange option (FX option) you have the right, but not the obligation, to exchange a certain amount of a certain currency for another specified currency to a pre-determined exchange rate on a certain date. The exchange rate is called strike price. 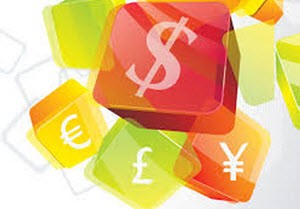 FX Options are usually traded over the counter (OTC) and not on exchanges. There are however a few exchanges that list FX Options, including the International Securities Exchange, the Chicago Mercantile Exchange and the Philadelphia Stock Exchange.

Companies and other entities will typically use FX options to mitigate currency risks for cash payments that they believe, but are not certain, will come at a certain time in the future. If an entity has a higher degree of certainty regarding the payment, an FX forward is a more common choice than an FX option.

A foreign exchange forward (FX forward) is a contract where two counterparts agree to transfer ownership of a certain asset at a certain date in the future for a a predetermined price. The transfer and the payment will take place on the same date.

FX forwards are popular among companies and other entities that wants to mitigate currency risk. If the entity is certain that it will receive a payment in a foreign currency on a certain date, it can use an FX forward to lock the exchange rate right now, thus safeguarding themselves against fluctuating currency rates on the forex market. 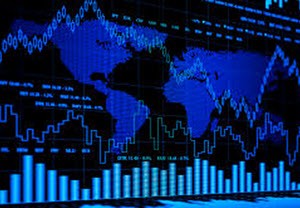 In a foreign exchange swap (FX swap), the two counterparts agree to change currency with each other during a predetermined period of time, and then change back again when this period of time is over. An FX swap can therefore be described as an FX spot + an FX forward.

By using this FX swap, Company ZZZ gets access to euro that they need for their business during 2016.

N.B! An foreign exchange swap is not the same thing as a currency swap. A currency swap concerns the swapping of interest rates and/or amortizing payments for loans in different currencies.

A future is a standardized forward contract, and a foreign exchange future (FX future) is thus a standardized foreign exchange forward. The standardization makes them more interesting for investors and speculators. Unsurprisingly, the first standardized forward-contracts for currency trade were developed by an exchange – the International Commercial Exchange in New York. When they launched their standardized forward-contracts for currency trade back in the 1970’s it was not an immediate success, largely due to the fact the Bertton Woods-systemet was still in force. Today, the situation is very different and the trade in FX futures has grown to encompass vast amounts of currency each year. The Tokyo Financial Exchange, the Euronextliffe, the Intercontinental Exchange and the International Monetary Market (IMM) are all important hubs for FX futures trade.

Since FX futures are highly standardized contracts, the specific date is normally not picked freely to suit a certain counterpart. Instead, the third Wednesday of March, June, September or December is used for most exchange traded FX futures.