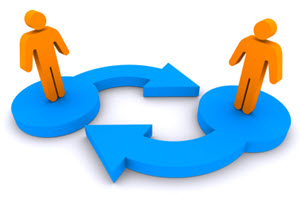 Swaps were developed for hedging purposes (risk mitigation) but are also bought and sold by speculators. Typically, at least one of the legs in a swap will be a cash flow stream that is highly affected by commodity price, foreign exchange rate or some other fluctuating variable that is difficult to predict.

Swaps are usually traded over-the-counter (OTC), but there are a few exchanges where swaps are bought and sold, notably the Chicago Mercantile Exchange, the Chicago Board Options Exchange, the Intercontinental Exchange and the Eurex AG. Swaps trades on exchanges are highly standardized, while swaps traded OTC are often tailor-made to suit the involved parties.

One of the most common swaps is the interest rate swap. With this type of swap, the two parties will typically use a bank as an intermediary.

An amortizing swap is an interest rate swap where the notional principal for the interest payments will decrease during the lifetime of the swap.

In this case, the total return of an asset is the capital gain or loss + any interest or dividend payments. 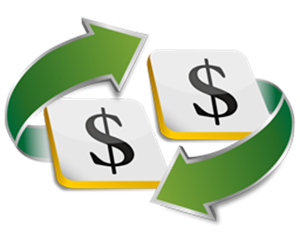 A credit default swap is a type of credit derivative contract. It is used when one party wish to transfer its credit exposure of a fixed income product to another party.

Example: ABC Inc purchases a CDS from XYZ Inc. ABC Inc commits to make payments to XYZ Inc until the swap contract reaches it maturity date. In exchange, the XYZ Inc assumes responsibility for a loan that a third party has been given by ABC Inc. If the third party defaults* on their loan (i.e. doesn’t pay it back to ABC Inc), XYZ Inc must pay back that loan to ABC Inc.

Companies and other legal entities will typically have legal risks, including management risk and other liabilities. Something can happen that forces the company to pay compensation to an injured party.

A subordinated risk swap / equity risk swap can be used to mitigate general or special entrepreneurial risks by transferring them to another party. The buyer of the swap contract pays to have risk transferred to the seller (writer).

Commodity swaps are used for a wide assortment of different commodities. A floating price, market price or spot price is exchanged for a fixed price over a pre-specified period of time.

This is an amalgamation of two swaps with different lifetimes. Sometimes, a forward swap / delayed start swap / deferred start swap is the best way to accommodate for the time-frame needs of one of the swap counterparts.