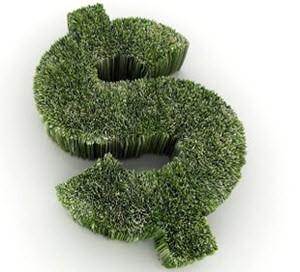 There are investors that invest in green stocks purely for financial reasons, but there are also many investors that put their money into green stock companies not just to make money but also because they want to help making the world a better place. Regardless of where you find yourself on the scale from hard-core money maker to hard-core idealist, it is important to do your own research before investing in green stocks so that you may select green stocks that aligns with your own financial and environmental goals. 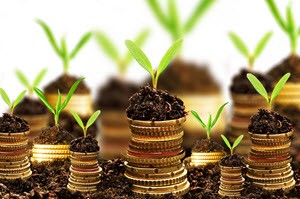 If you wish to invest in green stocks, it is important to look beyond the greenwashing to find companies that are actually making a difference and where management and staff are genuinely devoted to green issues. Even if you are only investing in green stocks to make a profit, and doesn’t really care about the environment, it is still a good idea to learn how to spot greenwashing since greenwashing can have an effect on stock value. For instance, a greenwashing scam that is exposed can cause a significant decrease in brand loyalty among consumers. This is especially true if ‘being green’ has been turned into a major marketing ploy for the company.

Always pay more attention to what a supposedly green company actually does than what is says. A healthy dose of skepticism is warranted. Just like there is no legally binding definition of blue chip stock, there is none for green stocks. To be considered a green stock company, a company must – generally speaking – be active in an environmentally-friendly industry or a company that pursues a product or service that is seen as beneficial for the environment. In many situations, a product inflicting less harm to the environment than its competitors will be enough to hail its producer as green, even if the product isn’t exactly environmentally friendly.

As an investor, analyzing a green stock can be daunting, especially if one is used to the more rigid tools of analyze traditionally used for blue chip companies. Green stock companies are often newly formed, or come in the form of an older company that is now makings its first forays into green solutions. Analyzing them is more similar to trying to figure out the future for an online social media start-up than predicting next years earnings for a well-established industrial corporation.

Finding a green stock company to invest in

Instead of starting by analyzing a specific company, it is often better to begin by learning more about a certain green industry and then narrow the search down to individual products and solutions that you find promising and feasible. You will then be left with a few companies that you can scrutinize in detail. By knowing a lot about the industry and its specific challenges, it will be easier for you to sift away the greenwashers and the scammers.

Want to skip this step and invest in a green stock company that a lot of other investors already have proven their faith in? The RENIXX Renewable Energy Industrial Index contains 30 of the largest renewable energy firms throughout the world. If you want to invest in large and well-established green companies, this can be a good place to start your search.