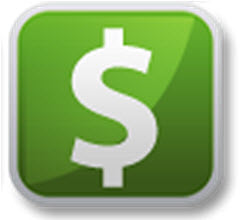 The USD is still the most common reserve currency, with EUR trailing as #2. The margin between USD and EUR is huge – the world’s combined currency reserves contain twice as much USD.

USD, EUR, GBP and JPY make up the currency basket used by the International Monetary Fund (IMF) to calculate the value of IMF:s special drawing rights.

Until quite recently, any large bank that wished to exchange EUR into a non-European currency (except JPY) on the interbank spot market had to make two transactions. First one where EUR was changed into USD, and then one where USD was changed into the desired non-European currency. Today, it has become easier to do this in one transaction only, without involving the USD.

Facts about the USD

From an international perspective, the US Federal Reserv System is rather unique since it consists of a combination of representatives from both the public sector and the private sector. Also, the United States Department of the Treasury is completely separated from the central bank. Decisions made by the Federal Reserve System do not require the approval of the congress, of the president or by any other public authority. Since the Federal Reserve System is self-financed, the congress can not aim to influence it indirectly by increasing or decreasing its budget.

Countries and territories where the USD is the only official currency

East Timor, Ecuador and Panama have USD as their official currency but mint their own respective coins, which are pegged against the USD.